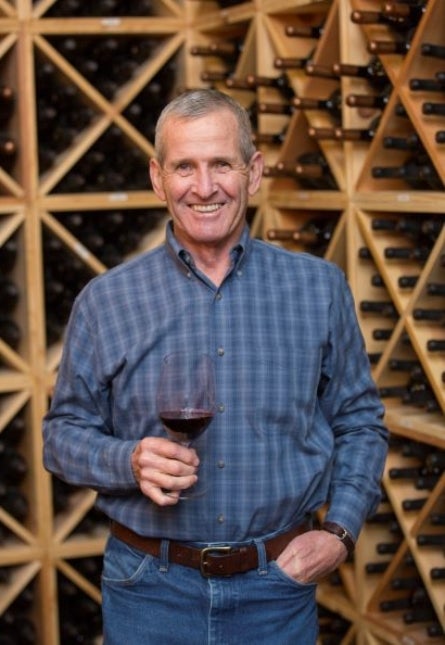 No disrespect to beer, the beverage he worked with for nearly half a lifetime, but wine is Ray Goff’s abiding passion. Before joining Pepper Bridge Winery as a partner in 1998, Goff worked for 30 years at Anheuser-Busch Companies, as Vice President of Corporate Purchasing and President of the company’s agricultural subsidiary. Yet even as he toured the world on behalf of beer—buying and rebuilding the brewery’s first brewery in China; globe-trotting in his search for the finest hops—Goff found time for wine tasting excursions, most of them to California. Until a stop in Washington thirty years ago changed everything.

On one of his many hops-buying trips, Goff found himself in Prosser, Washington, where he struck up a friendship with hops-grower and winery owner, Mike Hogue.  It was then that Goff first tasted Walla Walla wines. So long Napa and Sonoma -Goff’s annual tasting trips to California ceased.

In 1998, Goff was introduced to McKibben, who was then planting the addition of a world-class, estate winery to Pepper Bridge Vineyard. Goff’s love of wine, his agricultural experience and his Master’s degree in Industrial Engineering from Texas Tech University led to McKibben adding Ray to the partnership that was designing and building the new winery. Five years later, Ray also helped launch Pepper Bridge Winery’s sister winery, Amavi Cellars, where he serves as managing partner.

Ray can be reached at ray@amavicellars.com.