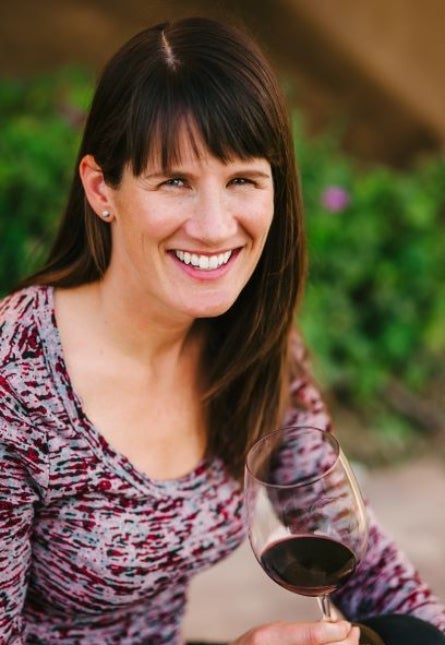 Travis Goff Reardon spent more than a decade introducing the world to the Walla Walla Valley. She was the first person from a Walla Walla winery to have travel as her primary responsibility. She crisscrossed the country evangelizing the Walla Walla Valley and its vineyards and wineries, of course with an emphasis on Amavi Cellars and its sister winery, Pepper Bridge. Walla Walla was not well known, so Travis always had her map handy to prove it was indeed in Eastern Washington and not in Australia. She is grateful to all the wonderful people she met along the way.

She had anticipated helping out the family business on a temporary basis, for perhaps six to 12 months. However, several years later, she found herself buying into the company as a partner and taking on the role of Sales and Marketing Director. Her heart was drawn to the grassroots spirit of the sommelier community. She supported TEXSOM, the nation’s preeminent gathering of wine professionals, since its inception, donating to the very first TEXSOM conference and serving on its team for the following 10 years in public relations, communications, and hospitality capacities. Inspired by the camaraderie and personal excellence of her sommelier mentors, teammates and guest speakers, she passed her Certified Sommelier Exam (level 2 of 4) with the Court of Sommeliers in 2008.

Travis stepped down from day-to-day management responsibilities in the wineries in 2014 when she became a mother. However, she continues to manage distribution in the State of Montana, a place she and her family love immensely and formerly called home. She takes great joy in being a mother to her young daughter and a wife to her husband Keith Reardon. She occasionally consults for other organizations, and when she can make the time for it, she enjoys substitute teaching in the Walla Walla public schools.

Travis holds a Bachelor’s of Journalism degree from the University of Texas at Austin and an MBA from Seattle University.

Travis may be reached at travis@amavicellars.com.